Why Freedom Is Favored by Secession and Subsidiarity (2/2)

If you love your fellow countrymen, let them break away.

The great wave of nation-building in Europe during the 18th and 19th centuries is being reversed. Separatist movements are so common that we would easily run out of space if we attempted to describe all of them.

Consider the case of Spain. The "Reino de España" has seventeen autonomous regions. Each has ambitions to leave the Kingdom.

Many believe that secession is only practical for economically powerful regions. For example, California's economic output has even surpassed that of France. Smaller territories can, however, successfully break away if the right policies are put in place. Indeed, a breakaway region's lack of economic self-sufficiency is actually a benefit, because it would make a policy of free trade absolutely vital.

Such would be the case if, for example, Murcia, an autonomous region in southeast Spain, succeeded in separating from the Kingdom. The Murcians have many differences with the population in the rest of the country (not only from the Madrilenians in the capital city). For example, they have developed a dialect, much of which is derived from the Aragonese, the Catalan, and the Arabic language. Murcia is a comparatively poor region with an unemployment rate of over 25%. Without the benefit of a large economic hub like Barcelona in the Catalan area, the Murcian economy has lagged behind that of the Catalans.

In Germany, only four states out of sixteen foot the bill for the entire population.

According to the principle of subsidiarity, the Murcians should be allowed to set their own fiscal policy and respond to the Euro crisis in their own way. However, governments in Brussels and Madrid are the ones attempting to manage the economic recovery of Murcia. There is no guarantee that the arsenal of unorthodox monetary policies being employed by the European Central Bank will end well for the Murcians, even if it were to help other areas.

This is also true for the separatist Sardinians, the independence-seeking Scots, the Flemish Belgians, and the people in Veneto Italy, to name but a few.

Many people recoil at the idea of some regions permanently living at the expense of other regions. Economically strong regions have a strong incentive to break their commitments to less wealthy regions by seeking autonomy, and eventually formal secession.

In the German fiscal equalization system, for example, only four states out of sixteen and less than half of the German population foot the bill for the entire population. The originally unintended consequence of this perverse system of income redistribution is that the politicians in the taker states have no incentive to improve their policies, while the states that pay into the system, such as Bavaria, have little hope of voting against those policies or monitoring the spending process. Politicians can run unprofitable projects at the expense of the contributing states, such as the embarrassing Berlin Brandenburg airport, for which the cost has tripled to 6 billion euros. Unsurprisingly, the Bavarian separatist movement has gained traction in recent years, although it has also suffered setbacks in Germany’s Federal Constitutional Court.

Germany’s faulty system design is probably the main reason why chancellor Merkel has shown skepticism toward a Europe-wide “transfer union” that would benefit Southern European countries the most. Under such a system, citizens cannot expect the careful handling of tax money and incentives to engage in tax and regulatory competition are stifled, especially for those states who have to pay into the "solidarity pot." 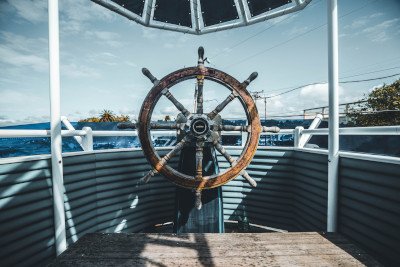 The European Union has explicitly enshrined the principle of subsidiarity in its main agreement, the Treaty on European Union. Article 5 says:

_“The use of Union competences is governed by the principles of subsidiarity and proportionality. [...] Under the principle of subsidiarity, in areas which do not fall within its exclusive competence, the Union shall act only if and in so far as the objectives of the proposed action cannot be sufficiently achieved by the Member States, either at central level or at regional and local level, but can rather, by reason of the scale or effects of the proposed action, be better achieved at Union level.” _

However nice the wording, the EU Commission can easily come up with any justification for the use of a non-exclusive competence. And even if they wanted to question the Commission, individuals, municipalities, and regions in member states would have difficulty satisfying the requirements for nullifying an EU law. Moreover, the European Court of Justice, financed and justified by the acts of the European Union, is well-known as the “motor of integration”. There is little to expect from the efficacy of the EU’s principle of subsidiarity, and looking at the numbers, there hasn’t been a single action brought forward by a member state or a private person so far.

Switzerland is hardly better in this respect. According to the Swiss Federal Supreme Court, the constitutional principle of subsidiarity (article 5a, 43a) is not enforceable. It’s only a political guiding principle in favor of strong federalism. However, Switzerland is far smaller in terms of size (less than 16,000 square miles) and population (8.4 million) than most European countries, let alone the supranational EU. Yet, the Swiss Confederation possesses three layers: the federal level, the 26 cantons, and the 2,300 municipalities. This system has developed historically, and given the cultural and linguistic diversity (German, French, Italian, and Romansh), it has served the country well in the past.

The effective enforcement of the principle of subsidiarity is an important safeguard for freedom.

However, even Swiss federalism has been in decline. In 2016, the number of municipalities was down to 2,300 from 3,200 in 1848, when the Swiss federal state was founded. It’s mostly for economic reasons, such as cost savings, that municipalities have been merging faster than ever. However, these alleged cost savings are, to use Bastiat’s words, only the seen effects. The unseen effects include the loss of closeness to citizens and the increase in their rational apathy towards political commitment that could increase costs over the long run.

Unlike many outside observers, I doubt that we should credit the relatively small size of government in Switzerland to the more direct form of democracy alone. (If anything, it has also contributed to the expansion of the federal government lately.) Swiss limited government is, as Dan Mitchell also points out, mainly owed to the consistent implementation of the principle of subsidiarity, which has led to a relatively high degree of decentralization and sensible policies, such as the “debt brake” and cantonal tax competition.

The Principality of Liechtenstein is to my knowledge the only country in the world that recognizes a right of secession in its constitution (article 4 II). Prince Alois of Liechtenstein seems to be serious about the principle of subsidiarity:

“The fact that we have a right to secede in our constitution is a strong signal that the government can’t simply do as it pleases.”

The effective enforcement of the principle of subsidiarity is an important safeguard for freedom. Government should be backed by real consensus about the shared values of the community in which it operates. Britain and maybe California appear to be such cases in which the consensus has begun to crumble.

If cultural cohesion changes, we should not only allow communities to secede but also allow individuals to vote with his or her feet. In today's rapidly changing world, it is more important than ever that people should be as free as possible to choose the rules and rulers governing them.