Exiled Catalan president Carles Puigdemont has said that a mediator is “essential” in any talks between the Catalan and Spanish governments. The exiled leader of pro-independence party Junts per Catalunya believes the current Spanish government under Pedro Sánchez has lost “credit” after a recent controversy over labor reform.

The MEP, talking in Brussels on Tuesday at a press conference organized by the European Parliament and the Catalan Journalists Association, argued that a mediator or rapporteur figure is needed for negotiations with the Spanish state “to be a success.” Puigdemont also warned that in his view Catalans now were not concerned with the date of elections, but stressed that any decision on a vote would be made by President Quim Torra.

Meanwhile Catalan government spokesperson Meritxell Budó has said that “neither of the parties” – JxCat and Esquerra Republicana – that form part of the executive has “ever” rejected the idea of a mediator. Budó, speaking at a press conference on Tuesday, reiterated the “importance” of such a figure in the bilateral dialogue table between Catalonia and Spain. They are necessary “to ensure that any agreements are effective,” she said.

Madrid, however, again rejected the use of an intermediary figure during negotiations. Spanish government spokesperson María Jesús Montero said that “all citizens” would be the “best witnesses” to the actions of the Spanish government, and that no external person was necessary.

Talks between Catalonia and Spain are on hold due to the coronavirus crisis, and Montero said they will only resume when the pandemic is “under control,” although the Catalan government has argued that remote meetings would make the resumption of the ‘negotiation table’ possible.

Montero dismissed Puigdemont’s comments, saying there was nothing new about them. He has always called for a mediator as he believes “the Spanish government has no credibility,” she added. 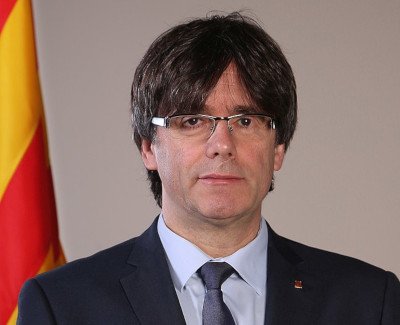